Today it is 31 years since my paternal grandmother died at the age of 93 years.  With her Victorian upbringing, she could be quite a stickler about certain things but she never lost her sense of humour and I still miss the long conversations we used to have about everything under the sun.

This is a studio photo of her as a young child. 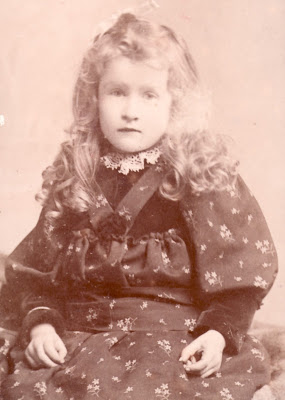 She was an intelligent sociable woman who loved her home and garden, who put her family before all others, and who enjoyed a good argument with anyone willing to take her on! 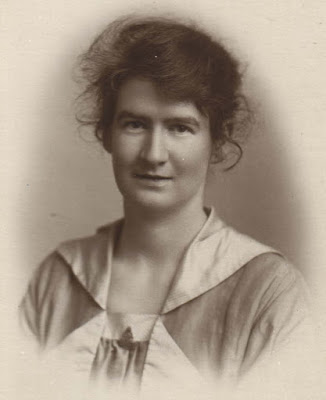 In 1921 she married my grandfather.  He died less than four years later, leaving behind a woman who had to care for a farm, a 19 month old daughter, and a 4 month old son (my father).

Six years later she remarried and had another son.  This marriage lasted 15 years before she was once again made a widow.  By now her bright auburn hair had become a pure snow-white.  I can remember watching her sitting at her dressing table in the mornings and brushing her long waist-length hair before tying it up in a bun and adding a hair net over it all. 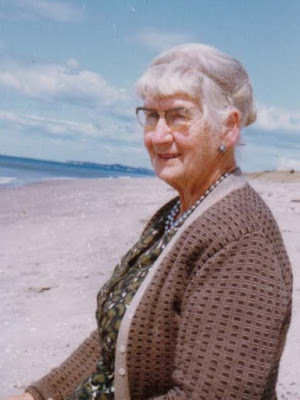 In her later years she had her hair cut off shorter – for the first time in her life – and remarked how much easier it was to care for.  By now her mobility was becoming an issue and this greatly impeded what she was able to be involved in, although her interest in life and the world around her never waned and she still loved to have a good gossip with anyone who visited. 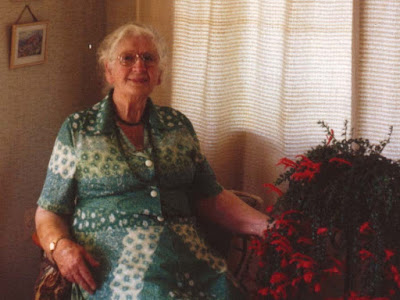 I wonder what my grand-daughters will say about me when they become grandmothers themselves!


Stay happy,
Margaret.
Posted by At Home In New Zealand at 13:49