Sometimes Facebook pages can be exciting.  I have recently been watching the page for the Pukorokoro Miranda Shorebird Centre as they record Bar Tailed Godwits (Limosa lapponica baueri) arriving back on the sandy shores of Kaiaua on the Thames Estuary (I visited here in May – read about it HERE). 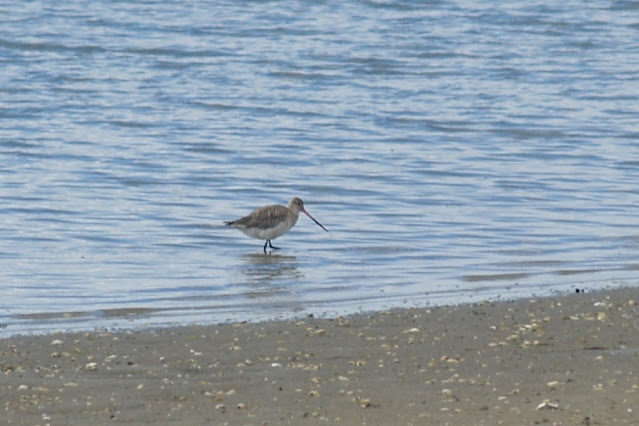 Every year around March (autumn) these medium-sized waders migrate to western Alaska for the breeding season.  Several birds have been fitted with special tags that allow for satellite tracking of their flights, and they are now returning one by one to our shores.

On the flight over to Alaska the birds often stop at the Yellow Sea between China and Korea, but their flight back here is a direct 11,000 – 12,000 km flight with no stops along the way.

Their average flight speed is around 56 kilometres per hour, with juveniles making their first trip when barely four months old.

About 9.30pm last night, bird 4BWWB dropped unseen (and probably hungry and exhausted!) onto the Kaiaua mudflats after flying non-stop for over 12,100 kms – a trip of some 8 days and 14 hours. 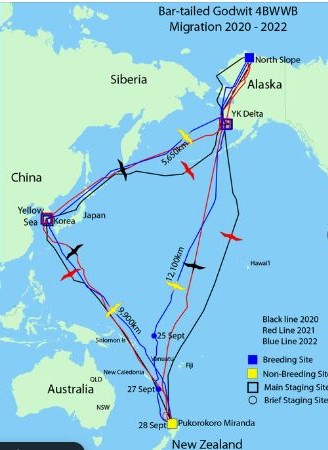 This is the third season this bird has been followed on her migration.

Email ThisBlogThis!Share to TwitterShare to FacebookShare to Pinterest
Labels: birds