I do like to watch a good rugby game, so sat up last night to watch the All Blacks play the Australian Wallabies in Melbourne (with the time difference, it never ended here until midnight).

I’m not sure I would call it a good game though.  There were several yellow cards for misdemeanours and a handful of injuries on both teams.

Then the game ended on a controversial note when the referee penalised the Wallabies for wasting time (he had previously warned them) and the All Blacks managed to use the situation to gain the winning try-score. 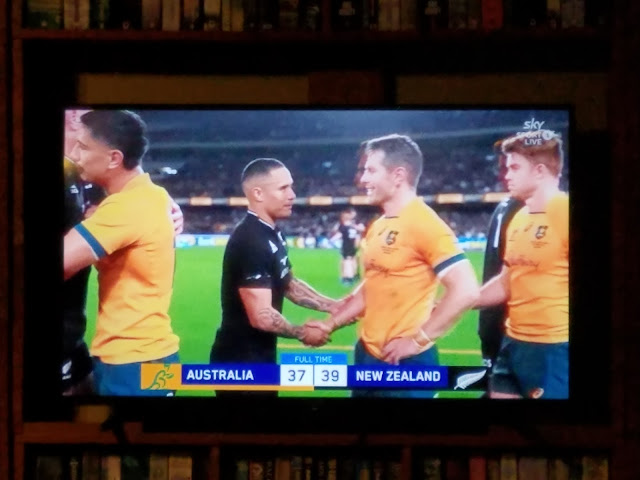 Notwithstanding being a little tired, I have still had a productive day today.  At the Hardware Store I purchased more potting mix and some seedlings, then drove across town to have morning tea with some relations, before coming home again and doing some work in the garden.

A few months ago, I purchased a small bag of gourmet potatoes at the supermarket because they contained some purple spuds – I have been trying to find purple spuds (often called Maori Potatoes) for a while now but they are hard to come by.

Unfortunately (or perhaps fortunately) I forgot about the bag and when I “discovered” it again all the potatoes had sprouted.

I have now taken the purple ones and planted them into a large pot, and with a little luck we may just get some potatoes off them. 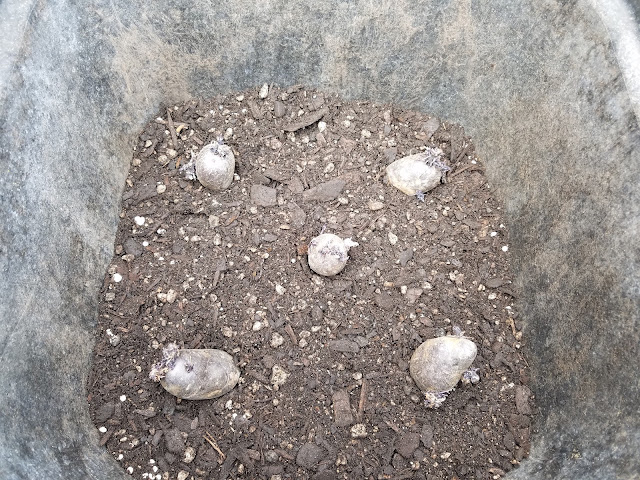 I have not grown potatoes in a container before, and my intention is to cover them with potting mix in stages as they grow larger.

I heard the first shining cuckoo of the season this afternoon, so spring has definitely arrived.