I managed to see the final couple of hours of his last match, playing in the Laver Cup with partner Rafael Nadal against Jack Sock and Frances Tiafoe.

It was a great game, with Sock and Tiafoe winning at the very last minute, but all that became irrelevant as the tributes (and tears) flowed in remembrance of all Roger’s successes and the wish that he will have a happy retirement. 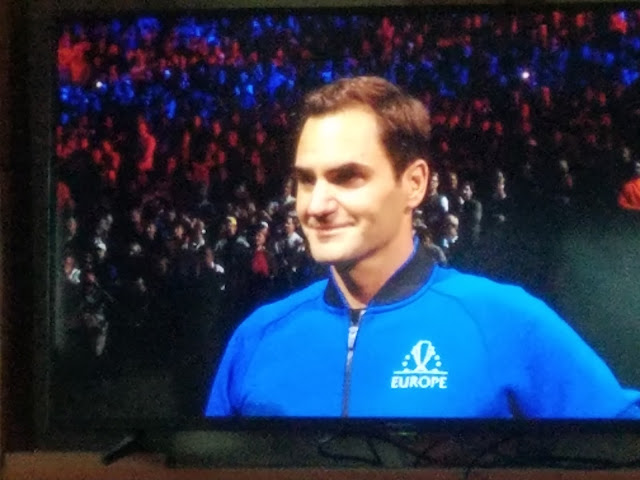 Last night it was back to rugby again, with the All Blacks successfully winning against the Australian Wallabies at Mt Eden Stadium in Auckland.  It was a much cleaner game than the last one, without all the yellow cards and injuries that that game had seen. 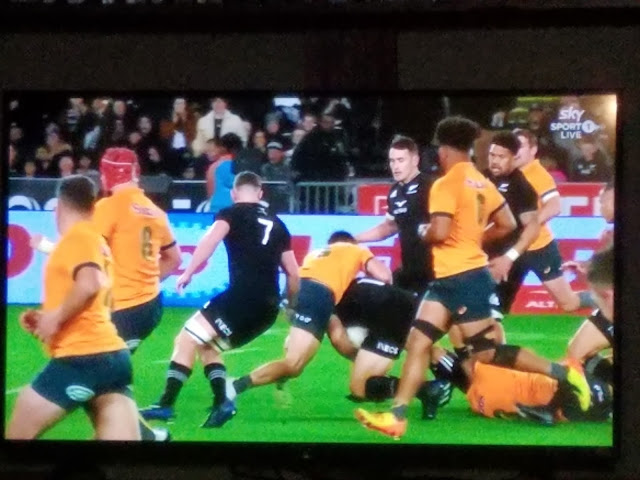 It was a different story with the South African vs Argentina rugby game that we watched a replay of this morning.  There were yellow cards in abundance (thankfully no major injuries), with Argentina spending most of the game with someone sitting in the Sin Bin.

South Africa won, but by too small a margin to prevent the All Blacks winning the National Championship. 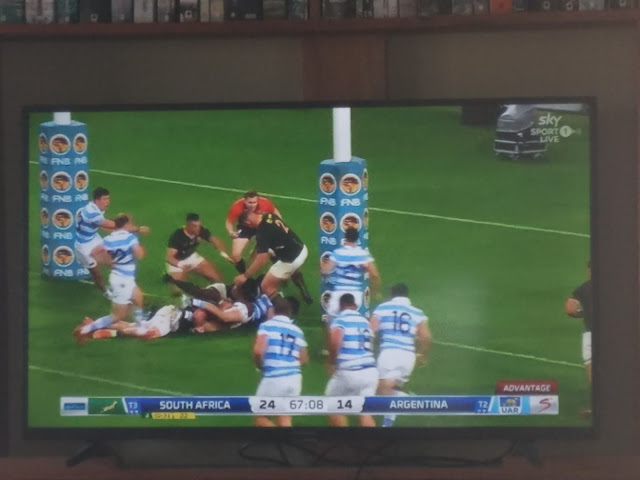 There is a break in rugby now, for around a month I believe, before the next competition begins.

Saturday night will have to revert to being Movie Night for a few weeks!

Have a sunny day 😊

Email ThisBlogThis!Share to TwitterShare to FacebookShare to Pinterest
Labels: sport