There are many different forms of government on this earth, and the one we currently live under here is called Democracy.

Abraham Lincoln once described it as “of the people, by the people, for the people.”  In reality, what it means is the people get to choose, every so often, the people they want to rule over them.  Once those people are chosen, they have the authority and power to make decisions for the country and the voting public have no further say in the matter (they may grumble, but that is all).

The same goes for local authorities, and voting is currently taking place to choose our city mayor, city councillors, and regional representatives. 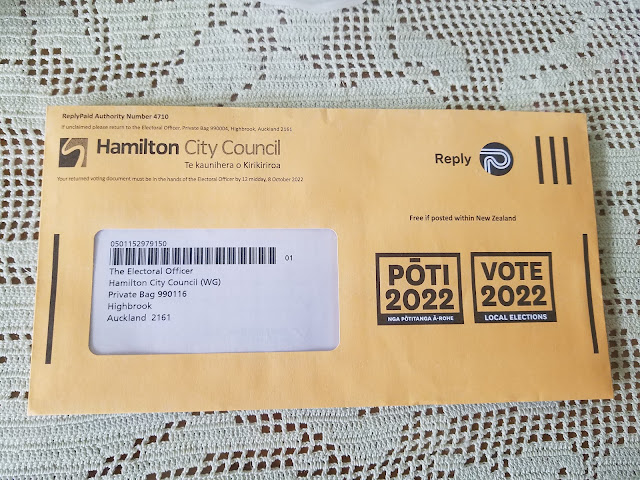 A little pamphlet arrived with the voting papers and I read through the candidate descriptions and chose the ones I wanted.  Now all I had to do was find somewhere to post it.

Post Offices are almost non-existent now, only to be found lurking at the back of a shop somewhere (usually a book shop).  Street post boxes are also becoming more difficult to find – I guess with the advent of email there are fewer and fewer people actually using the postal system any more.

A search online discovered our nearest Post Box was only a couple of kilometres away, hidden down a side road.  I went for a drive, but do you think I could find it?

I drove past twice before I caught sight of it hidden in beside a bus-stop shelter.  It was small and tatty-looking but still had a plaque stating collection times, so I entrusted my voting papers to its inner bowels and drove off with a small feeling of satisfaction at having done my bit for the governance of our fair city.

What a lot of drivel I write sometimes!  I hope it hasn’t been too boring 😊 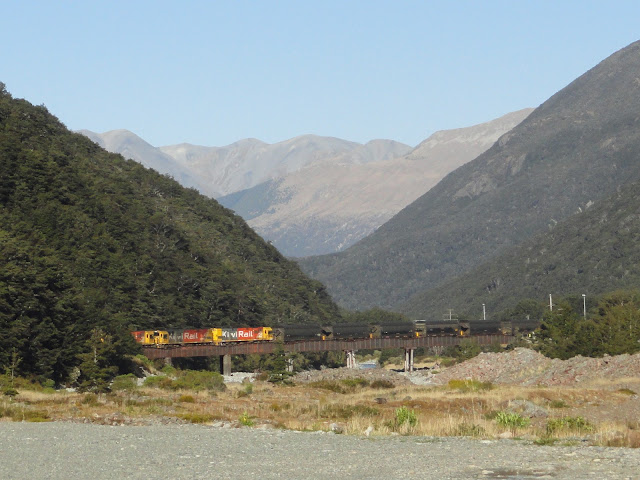 This coal train was photographed at Arthurs Pass in May 2019.

Arthurs Pass is 739 metres above sea level (2424 feet), and is one of three passes that cross the Southern Alps in the South Island.  It was the first Pass to become a proper road, being opened in 1866 to cater for gold-rush miners accessing the West Coast.