May is almost finished, but I finally managed to find time (and nice weather) to make this month’s excursion out of the city.

This time, it was a drive up to the Firth of Thames and the little settlement of Kaiaua (ky-ah-wah).

Taking the back roads took longer, but it meant I could visit the ‘Waerenga and Taniwha Undenominational Memorial Church’.

This lovely heritage building was consecrated in 1928, after many years of community fundraising.  It is dedicated to all those who fell in war, and is still in use by different denominations. 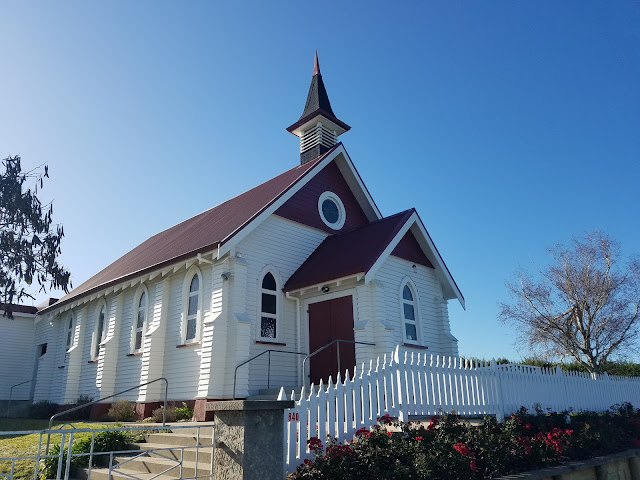 My first stop at Kaiaua was at Ray’s Rest, a stretch of beach where campervans are permitted to Freedom Camp.

It was here that I managed to find a small amount of sea-glass, mostly brown but also a little bit of green and one piece of white. 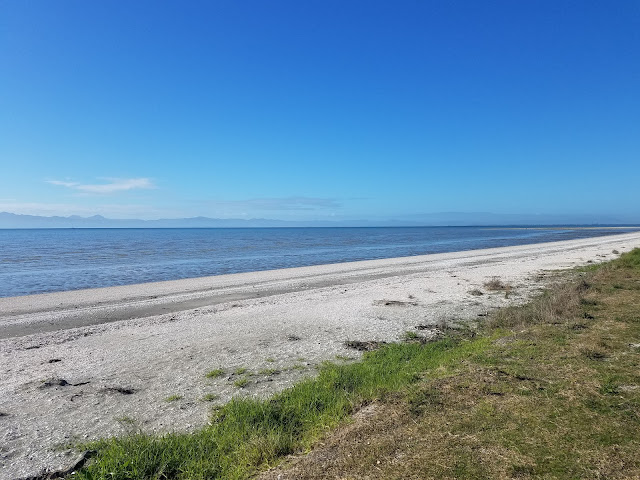 By now it was almost lunchtime, so it was off to Kaiaua Fisheries and some of their famous Fish and Chips (the fish I chose was Red Gurnard). 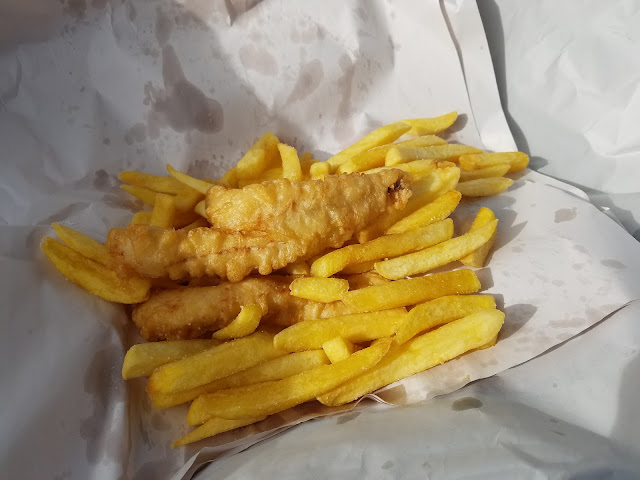 This seagull was hopeful I might share my chips, but I didn’t.  I know only too well that if you give in to one begging bird, you will suddenly have a hundred of them squawking around you! 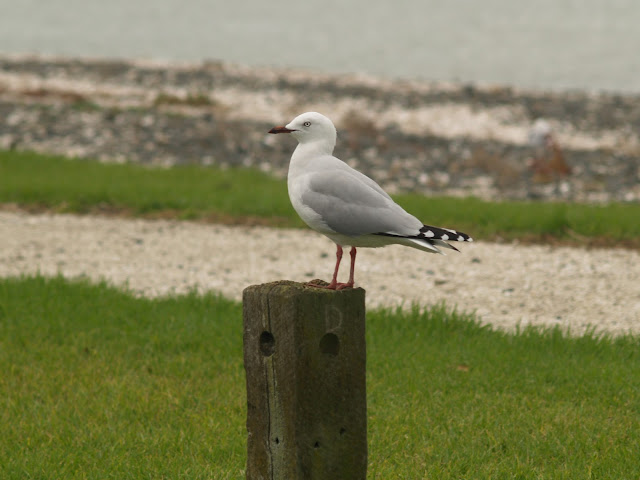 Then it was on to The Pink Shop for a maple and walnut icecream in the cone, to be eaten sitting by the beach. 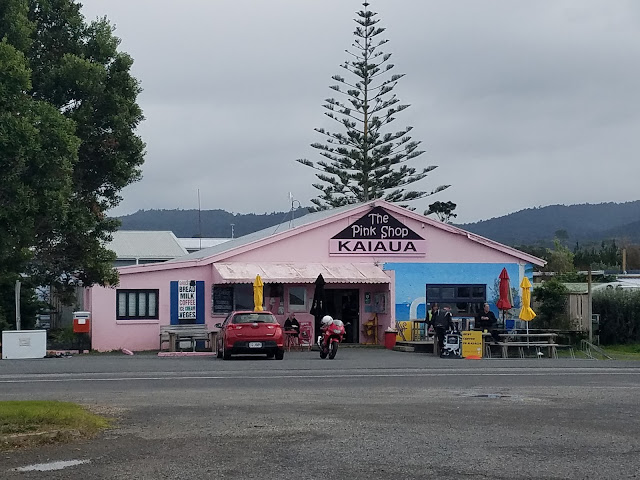 A little further up the coast can be found the beached wreck of the ‘HMNZS Hinau.’  I thought I might have been able to visit the wreck, but the gates were locked and I had to be content with a view from the road.

This was the first New Zealand Navy ship to be named ‘Hinau.’  She was a coal-fired minesweeper, commissioned in 1942 for use in our coastal waters during the War, and sold off for scrap in 1954. 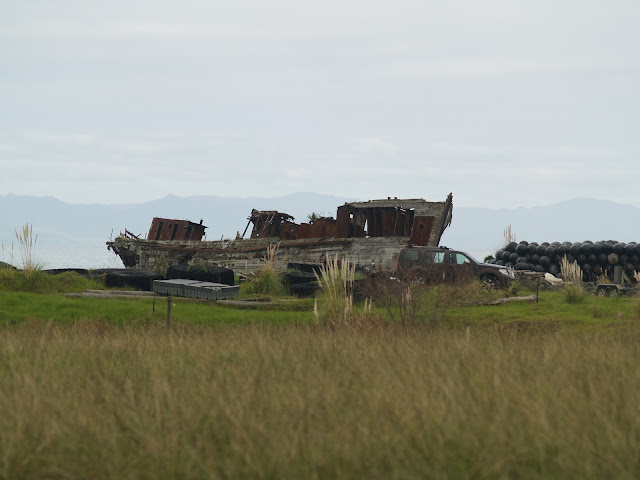 Miranda neighbours Kaiaua, and the shell-banks and tidal flats here make for a great place to watch sea-birds.  I spent the afternoon there, but will write about that next time.

Email ThisBlogThis!Share to TwitterShare to FacebookShare to Pinterest
Labels: excursions