A Couple Of Firsts

We have had our first frost this morning – a fairly light one but enough to make the grass turn white and the tops of our cars to sparkle in the rising sun.

As the temperature dropped last night we also lit the fire for the first time. 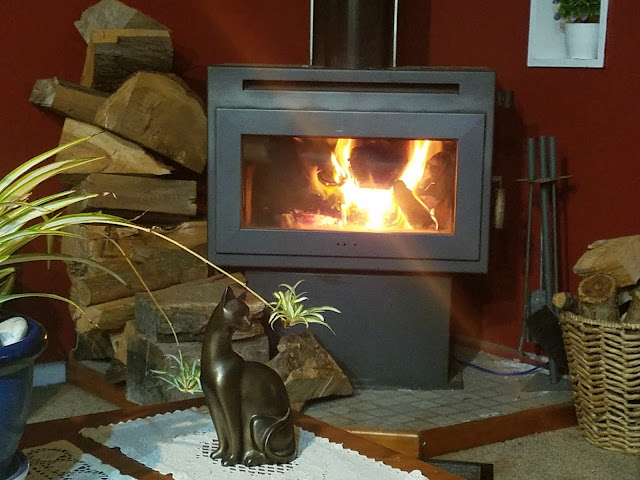 This morning, after my washing is hung out, I am heading out to buy some groceries and fuel up my car.  I don’t like to let the fuel gauge go below halfway, so it is time to fill up with petrol again.

A friend of mine was moaning that it costs so much to fill the car now, but they run on almost empty before filling up.  It costs less to do it more often!

Although I admit that I also don’t run around as much now as I perhaps used to.  I have a prescription to be picked up and have put off doing that until I had another reason to take the car out.

We have another frost forecast for tomorrow morning so it looks like late autumn is starting to turn into early winter.  I hope the cold kills off the pest-demic of paper wasps that we have had recently.