There was another public fireworks display last night, this time at the Hamilton Lake.  I watched most of it out of my bedroom window, although it was partially obscured by some distant trees.  It looked quite spectacular with the quarter-moon and Venus hanging in the sky above the display.

There are a lot of moths and bugs flying around at night and several seem to find their way into my bedroom each night.  The biggest one was a Moon Moth which I caught and released outside the next day.   Its colouring is good camouflage when sitting on the bark of this conifer. 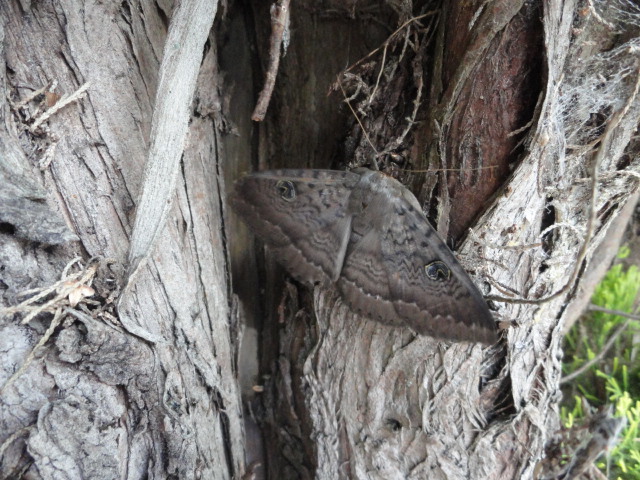 The Moon Moth was large enough to cover half of my palm, much bigger than the fingernail-sized pale yellow Lacebark Looper Moth that committed mothicide in my cup of tea!

Moon Moths get their name from the circular spot on each wing. 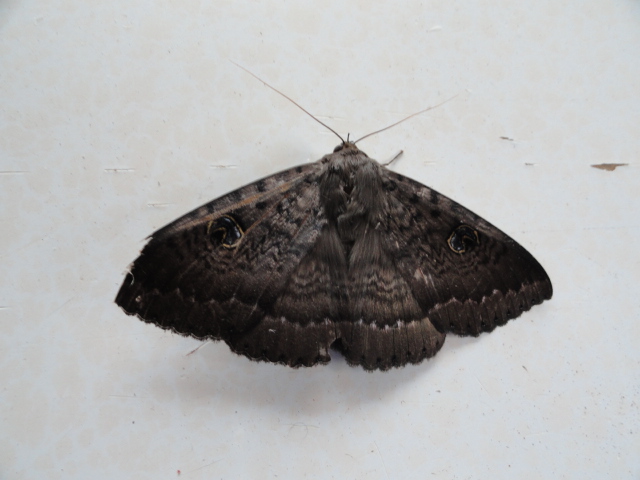 We also have Praying Mantis around, mostly brown although some are green.  Apparently they can change colour when moulting so that they can better match the colour of their environment.

Son had to rescue this one from his daughter’s bedroom and relocate it outside. 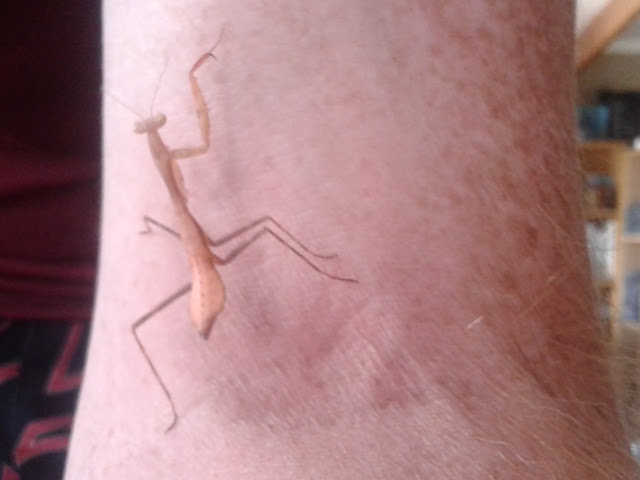 Millie was sitting outside looking charming beneath a fern, so I just had to take her picture. 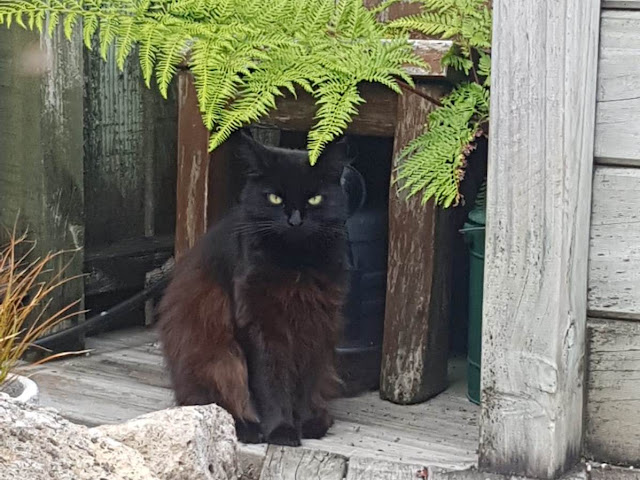 On the whole it has been a quiet day today.  I wrote an email to my daughter and made a pizza for our lunch, and then rewatched the movie Contagion, which I thought rather appropriate at this time.

The pizza was a simple one – a scone base topped with a can of spaghetti, grated cheese, chopped bacon and crushed pineapple, with a sprinkle of Italian Herbs over the top.  Baked 30 minutes at 200 degrees and everyone was happy! 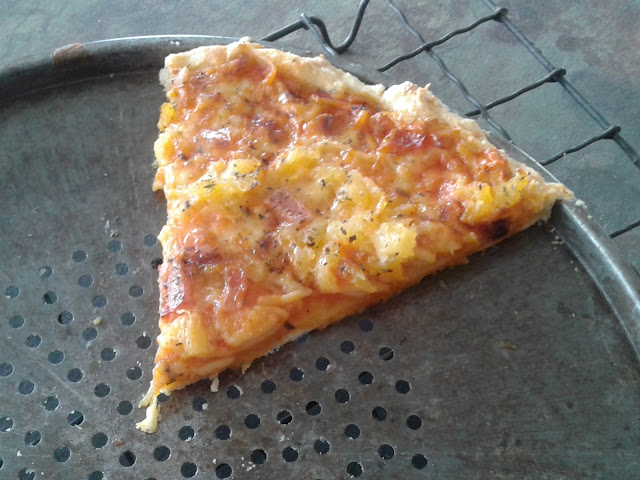 Time now for a steaming hot cup of tea and do a puzzle or two in my new Pixel Puzzles book before preparing dinner.  Tonight we are having grilled steak with boiled new potatoes and steamed carrots and green beans.