It has been a year now since I made a Road Trip around the Wairarapa with my brother, his wife, and a friend.

We had an awesome time, visiting different places as we travelled as far south as Cape Palliser, and as far west as New Plymouth before heading home again. 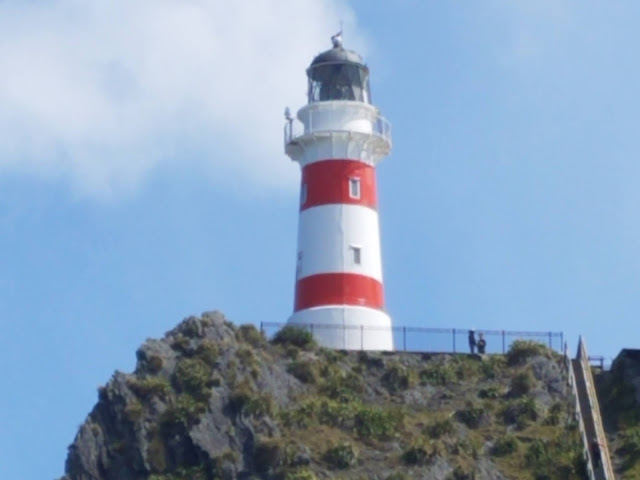 One of the highlights of the trip for me was visiting Cape Palliser, at the far south-east (bottom) part of the North Island.

This particular stretch of coastline is very hazardous and resulted in several shipwrecks before the lighthouse became operational. 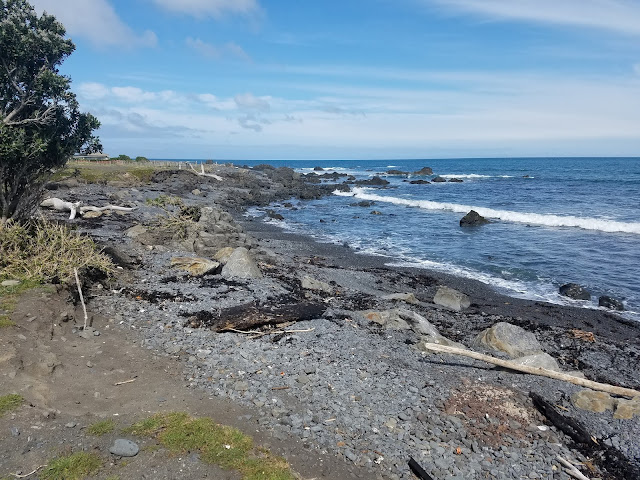 The venerable old Cape Palliser lighthouse is constructed of cast iron and has stood on these cliffs since being erected in 1897.  Standing 18 metres tall, it is sited 78 metres above sea level and is the only New Zealand lighthouse to be painted in red and white stripes (designed to make it stand out from the surrounding hills).

The light, which flashes twice every twenty seconds, is visible out to sea for 26 nautical miles.

It was a lonely life for lighthouse keepers and their families, with supplies arriving by ship once every three months before road access was created.  Keepers were finally withdrawn from service in 1986, nine years after the light had been switched to mains electricity operations (with a diesel generator for backup). 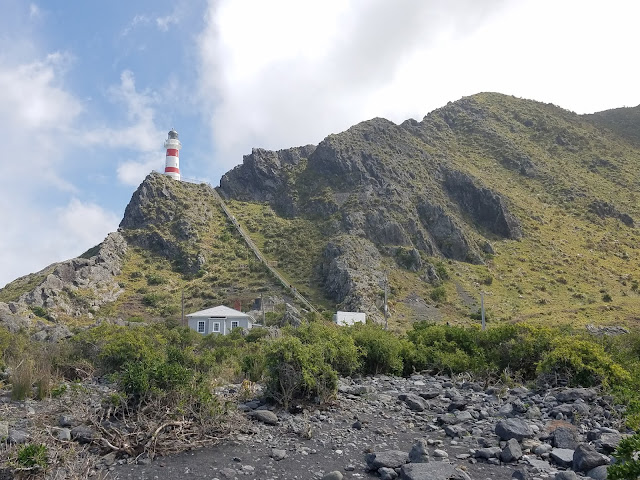 It is possible to climb up the 253 steps to see the view, but not to enter the lighthouse itself.  I left the step-climbing to my more active companions!

This photo, looking back down the steps, was taken by my sister-in-law.

One can imagine how difficult it must have been for early keepers to carry oil up here for the light.  It must have been worse for the first fifteen years, before steps were finally constructed to replace a steep muddy path. 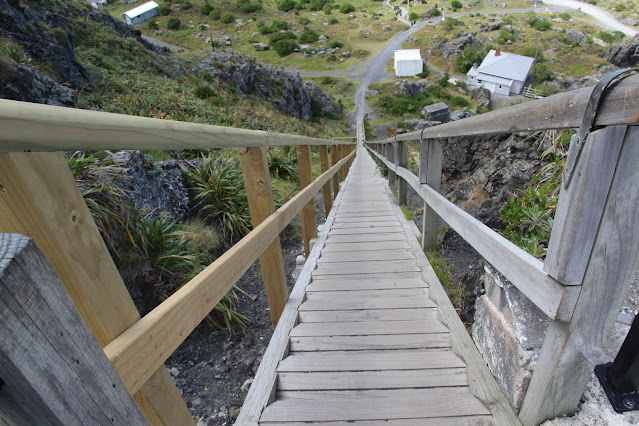 This area is also home to the North Island’s largest fur seal colony, and seals are frequently seen on or near the beach.  They should never be approached as they can become quite dangerous if they feel threatened. 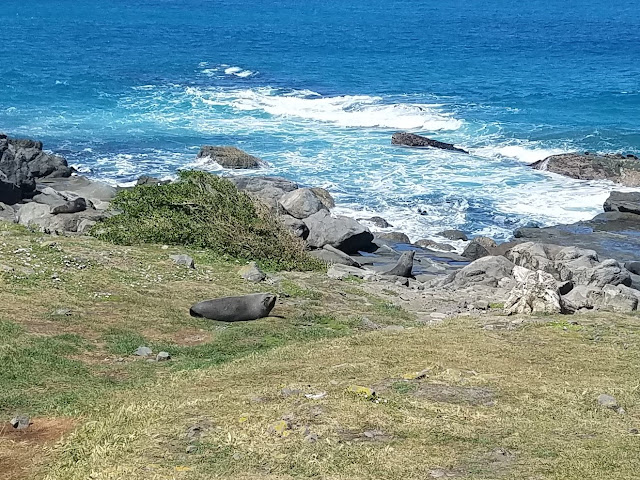 It was a memorable day and an enjoyable visit – and probably a place I will never get to visit again because of its remoteness.  But you never know, who can tell what the future may have in store?

Email ThisBlogThis!Share to TwitterShare to FacebookShare to Pinterest
Labels: lighthouses