We woke to cloudy skies and threatening rain over New Plymouth on our last day away, but that never stopped us from visiting the Te Rewa Rewa Bridge on the Coastal Walkway trail.

The unusual shape of this bridge has been described as being reminiscent of a breaking wave or a whale skeleton, and on a fine day the end frames the volcanic Mount Egmont (Mount Taranaki – it has two official names). 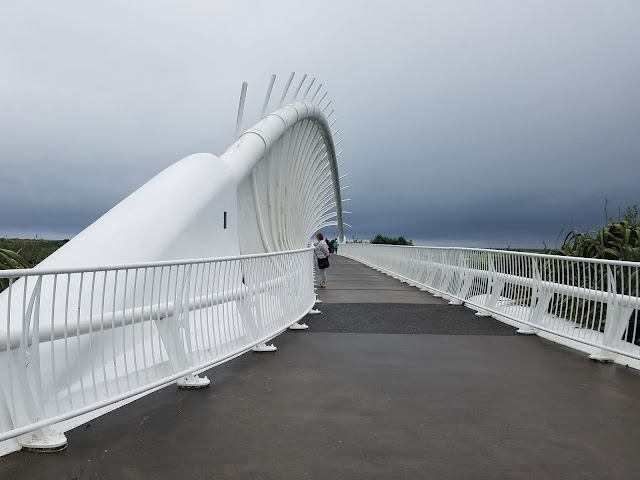 Heading home, we stopped at Pio Pio at a pleasant little café for our lunch and then continued on to Te Kuiti.

There were more Big Things to photograph here, such as this 6 metre tall statue of a man shearing sheep.  Te Kuiti promotes itself as the Shearing Capital of the World, being the home of legendary competition sheep-shearer Sir David Fagan. 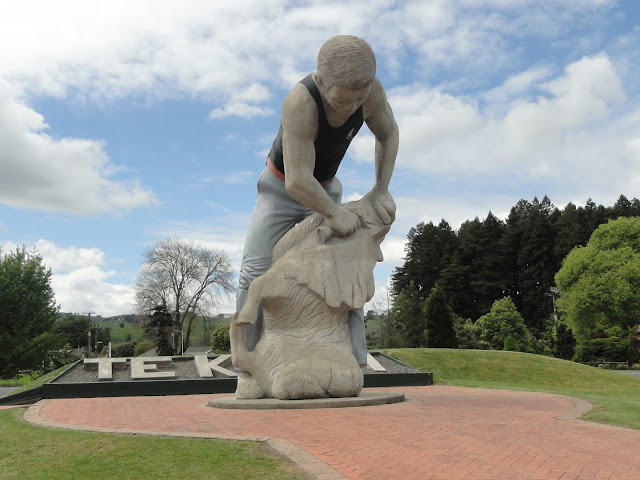 A bronze sculpture of a bat chasing three moths represents the native long-tailed bat that is found in this area. 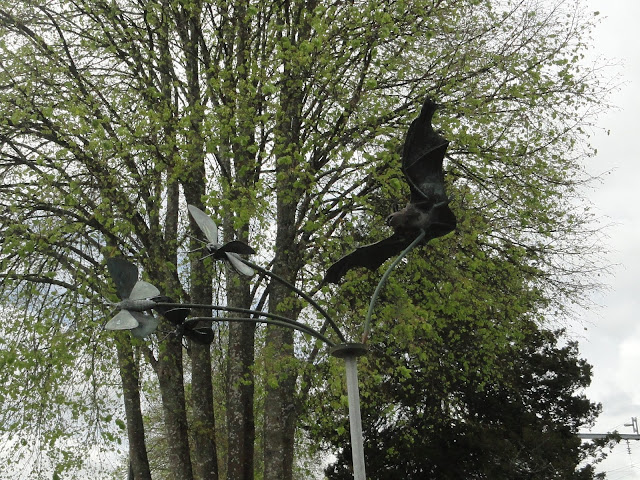 At one end of the main shopping street is found the Mahoenui Weta Wall.  This giant flightless weta can grow up to three inches long and for many years was found only in a couple of small areas at Mahoenui. 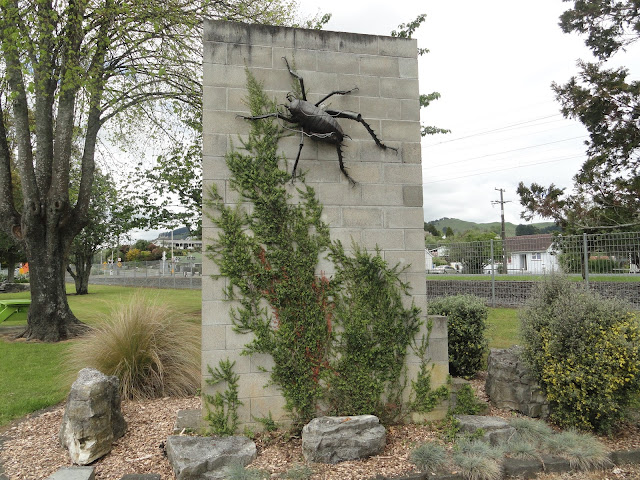 Today the weta is being distributed to different ecological reserves in the hope that it will establish itself and the species will not be so vulnerable to extinction. 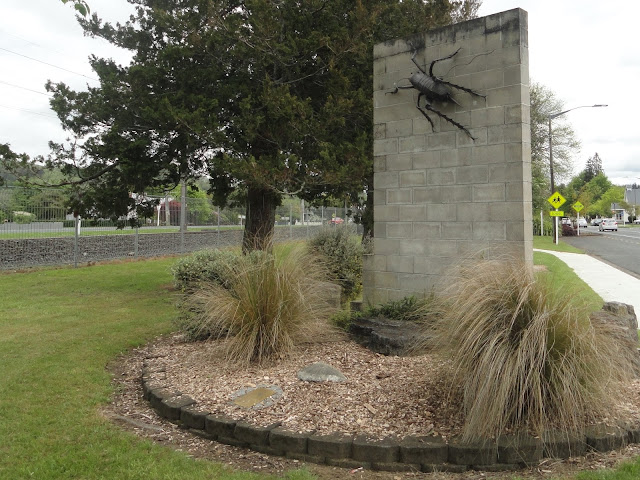 Our last major stop for the day was Otorohanga, where we were able to photograph this colourful kiwi statue. 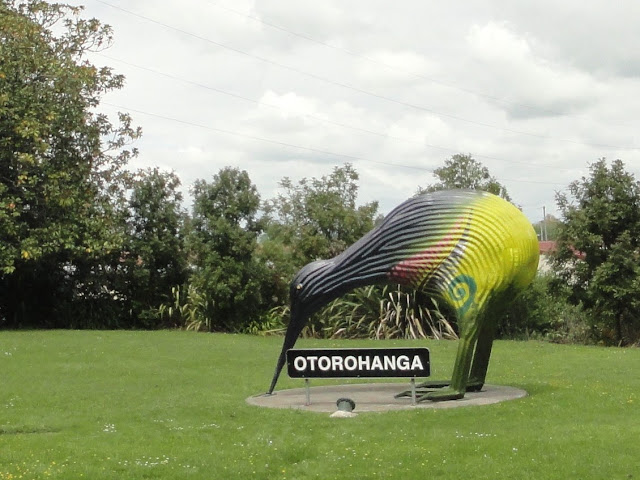 I hope you have enjoyed travelling along with me on this road trip around some of our beautiful country.  It was a great trip and we had a lot of fun, and it has been my pleasure to share it here.