We were all packed up and on the road at 9am this morning!  Our first stop was at the small village of Tirau (well-known for its supply of antiques stores) to photograph the corrugated iron ram and ewe. 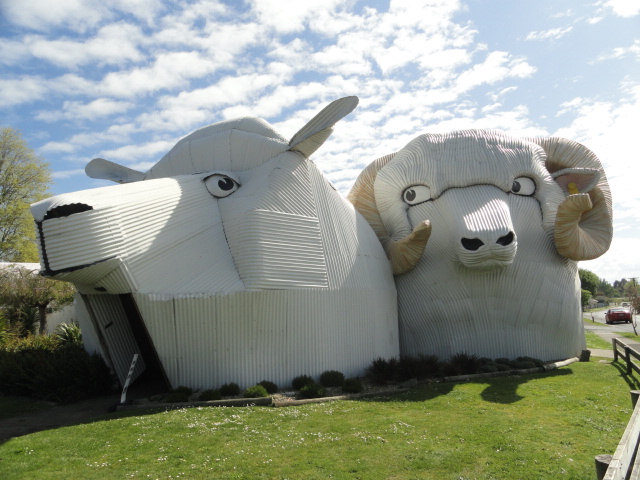 Down a side street we found the Tirau Outhouse, a public facility full of character! 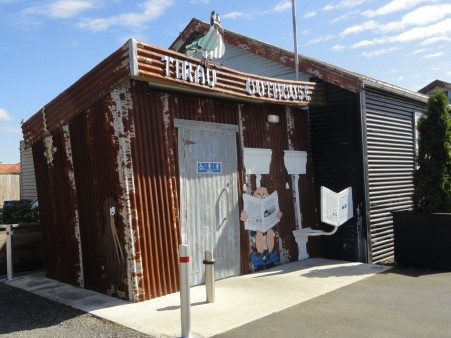 A lunch stop was made at Taupo but as the place was exceedingly busy it was a bit of a hassle and I was glad when we were back on the road (although we stopped to photograph the Big Bike first! – Taupo is known as a racing bike destination). 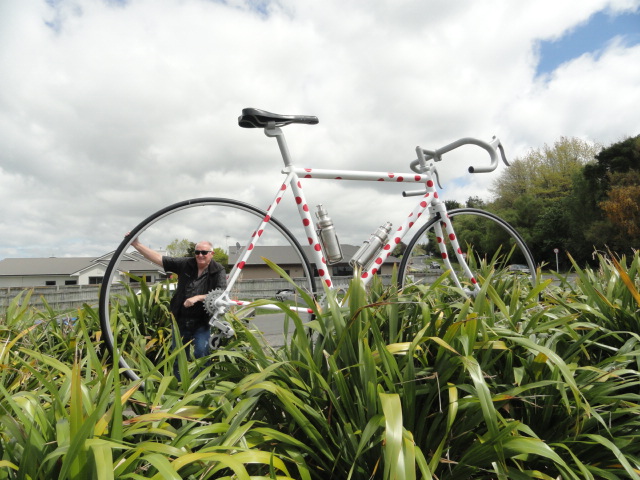 When we stopped at Major Jones Bridge in Turangi (named after a guy who used to go trout fishing here) I was not game enough to cross over.  I am NOT a fan of swing bridges! 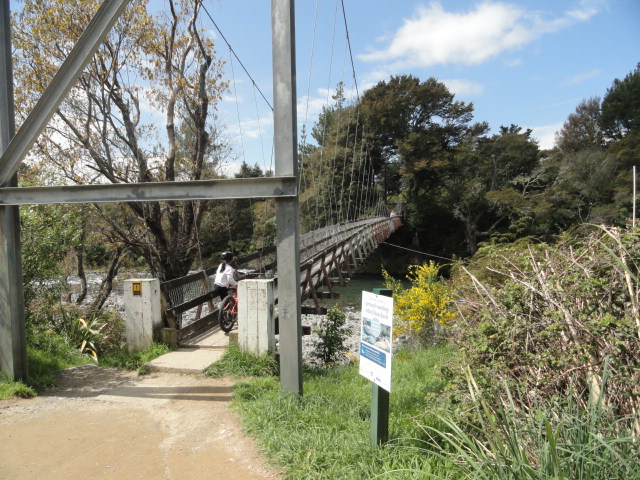 As we came through the central part of the North Island we made a long detour to see the Big Carrot at Ohakune.  It was originally used in an advertising campaign and is now a popular place for tourists to stop. 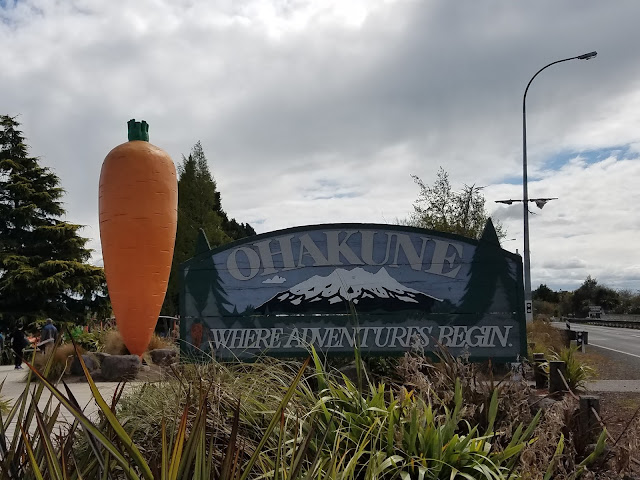 Our final stop for the day is Taihape with its large corrugated iron Gumboot. 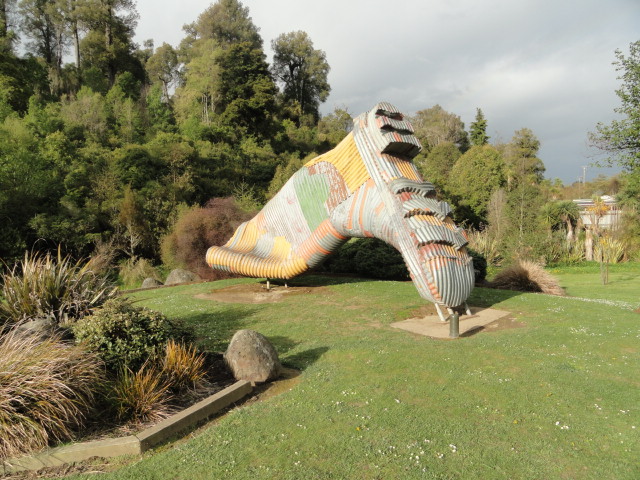 Our motel was a short walk from a Steak House restaurant and I had a most delicious Belly Pork dinner. 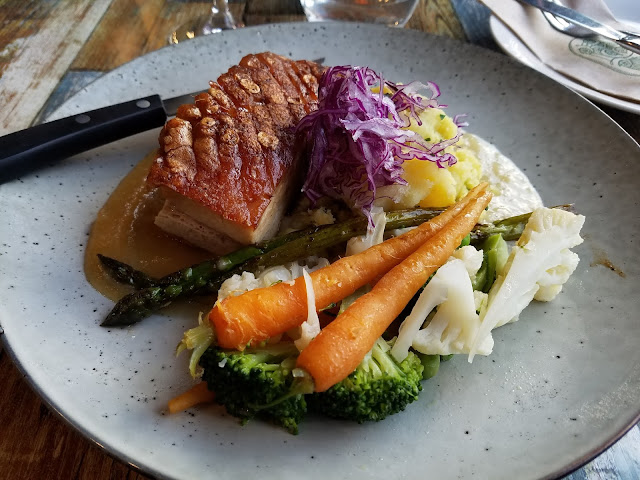 It has been a good day to start our trip.  There has been some light rain this evening, but we remain optimistic that the weather will continue to be nice to us.