It seems there really is nothing new under the sun.  I have begun reading a very old book titled “Old St Paul’s,” a novel by William Harrison Ainsworth that was first published in 1841.

The story is set in the 1660s in London at the time of The Plague and the Great Fire.  Although a novel, the author based much of his information on written texts from the time and I found it quite astounding how many statements about the bubonic plague paralleled the Covid pandemic the world currently is facing. 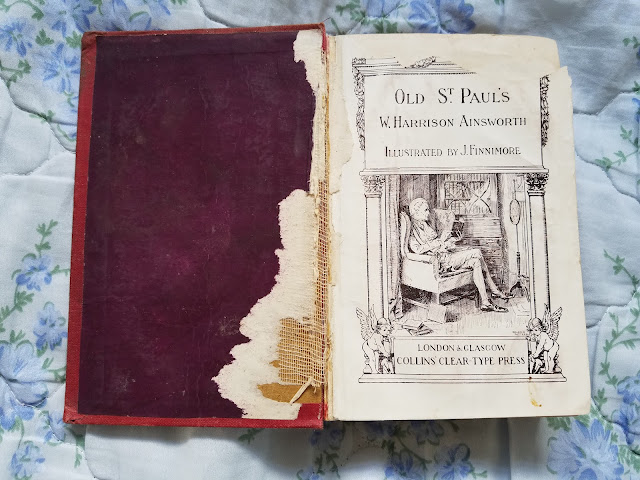 I thought I would write some of them here, for those who wanted to read them.

The “pestilence” had previously been present in Amsterdam and Hamburg, but efforts to contain it had failed and it arrived in England at the end of 1664.  The population responded with pure panic:

“Smothered for a short time, like a fire upon which coals had been heaped, it broke out with fresh fury in several places.  The consternation now began.  The whole city was panic-stricken; nothing was talked of but the plague – nothing planned but means of arresting its progress – one grim and ghastly idea possessed the minds of all.  Like a hideous phantom stalking the streets at noon-day, and scaring all in its path, Death took its course through London, and selected its prey at pleasure.”

“The alarm was further increased by the predictions confidently made as to the vast numbers who would be swept away by the visitation; by the prognostications of astrologers; by the prophesyings of enthusiasts; by the denunciations of preachers, and by the portents and prodigies reported to have occurred.  During the long and frosty winter preceding this fatal year, a comet appeared in the heavens, the sickly colour of which was supposed to forebode judgment about to follow.  Blazing stars and other meteors, of a lurid hue and strange preternatural shape, were likewise seen.  The sun was said to have set in streams of blood, and the moon to have shone without reflecting a shadow; grisly shapes appeared at night – strange clamours and groans were heard in the air – hearses, coffins, and heaps of unburied dead were discovered in the sky, and great cakes and clots of blood were found in the Tower moat; while a marvellous double tide occurred at London Bridge.  All these prodigies were currently reported, and in most cases believed.”

“Shrinking into a door-way, and holding a handkerchief to his face, to avoid breathing the pestilential effluvia, Leonard saw that there were other coffins in the cart, and that it was followed by two persons in long black cloaks.”

But some precautions we might consider a little extreme:

“Mr Bloundel would not touch the packet until he had guarded against the possibility of being infected by it.  Seizing it with a pair of tongs, he plunged it into a pan containing a strong solution of vinegar and sulphur, which he had always in readiness in the chamber, and when thoroughly saturated, laid it in the sun to dry.”

“… he now thought to expel the external air by setting fire to a ball, composed of quick brimstone, saltpetre, and yellow amber, which being placed on an iron plate, speedily filled the room with a thick vapour, and prevented the entrance of any obnoxious particles.”

Little was known about how to treat the disease:

“There are few known remedies against this frightful disease; and what few there are, must be adopted cautiously.  My own specific is sack (a type of wine).  ‘Sack!’ exclaimed Blaize in astonishment.  ‘Henceforth, I will drink nothing else.  I like the remedy amazingly.’”

Every case of the disease had to be reported to the appropriate authorities, in this case the Examiner of Health.  Once it was verified that disease was present in the house, the place was closed down for a month and a watchman set at the door so that none could leave or enter the premises – a bit like our lockdowns today.

One thing we don’t have though, is someone painting a foot-long red cross on our front doors with the words above it reading “Lord have mercy upon us.”

As happens today, some rebelled against official restrictions:

“The rigorous measures adopted by the authorities (whether salutary or not has been questioned), in shutting up houses and confining the sick and sound within them for forty days, were found so intolerable, that most persons were disposed to run any risk rather than be subjected to such a grievance, and every artifice was resorted to for concealing a case when it occurred.” 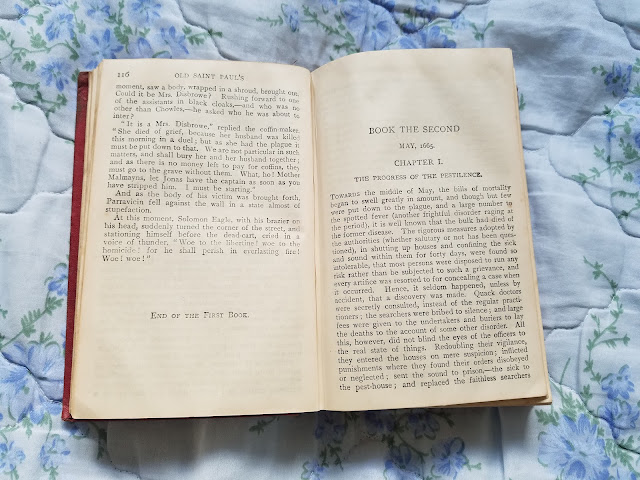 None of these measures helped stop the plague following due process, and many restrictions were waived as more and more got sick and died.  There simply were not enough people left who could fill all the jobs as watchmen, doctors etc.

The only ones who profited were those who operated the Death Carts driving around the city collecting corpses – many times there was no one to pay them, so they simply helped themselves.

The thought of living in those times fills me with horror, and I can imagine the fear that many folk had.  The plague never really ended until the Great Fire killed off the rodents and fleas that were the unsuspected carriers of the disease.

One thought does comfort me though.  However awful the situation is that mankind faces, there is always hope that the world will carry on.  Bad times pass and turn into history.

We just happen to be living in a moment of history as it takes place!