During this past week I had the opportunity to spend a couple of pleasant hours wandering around Sanatorium Hill, near the town of Cambridge (the Hill is now officially called the Maungakawa Scenic Reserve).

Situated at the top of the 1624 foot (495 metre) summit is a radio tower, with brilliant 360 degree views for miles in each direction. 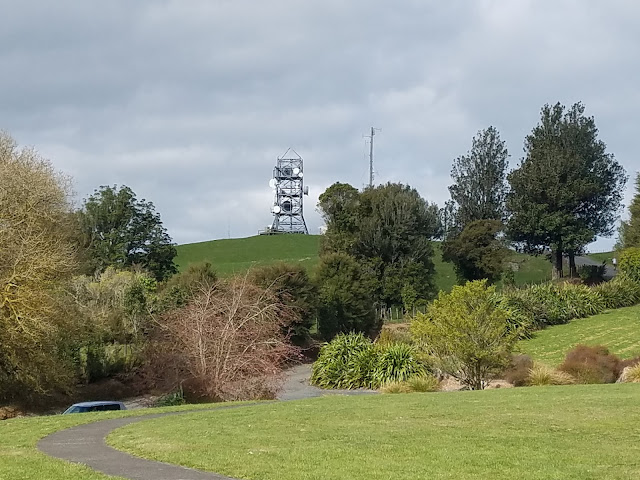 A grand mansion was built here in the 1890s and a large garden established, the remnants of which are still visible today. 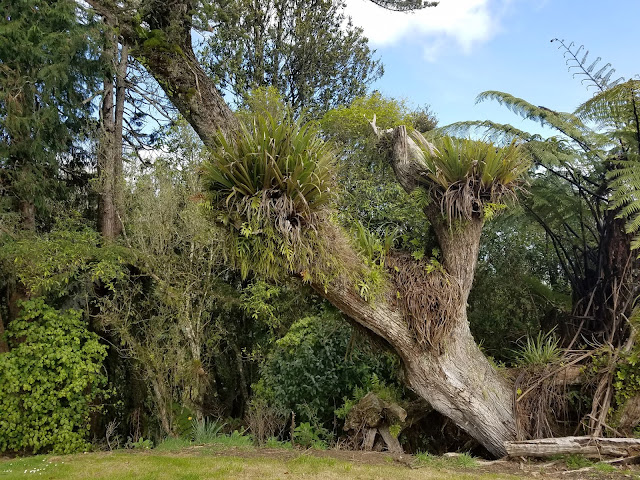 In 1902 the house passed into the hands of the Health Department and a Sanatorium (hospital) was established, specifically to treat patients with tuberculosis.

During World War I the Army took over and converted the buildings into use for convalescing soldiers, after which it all fell into disrepair.

By the 1930s it was considered too expensive to refurbish, and most of it was demolished.  Today, all that remains are some concrete foundations and the shell of one solitary small concrete out-building. 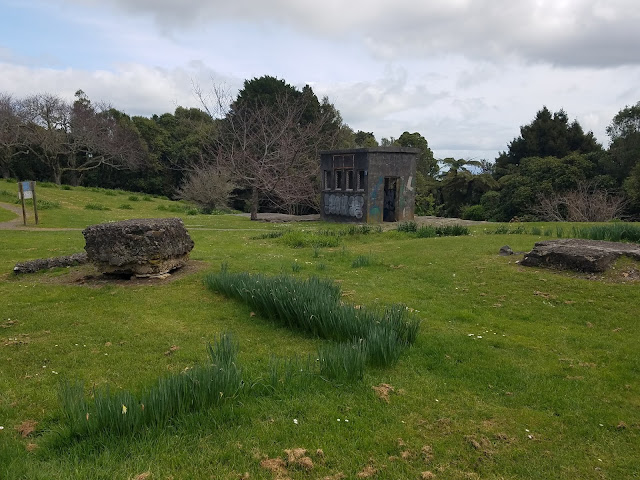 The Hill is criss-crossed with several walking paths, many of which connect up with walking trails from the nearby bush-clad Te Tapui Scenic Reserve. 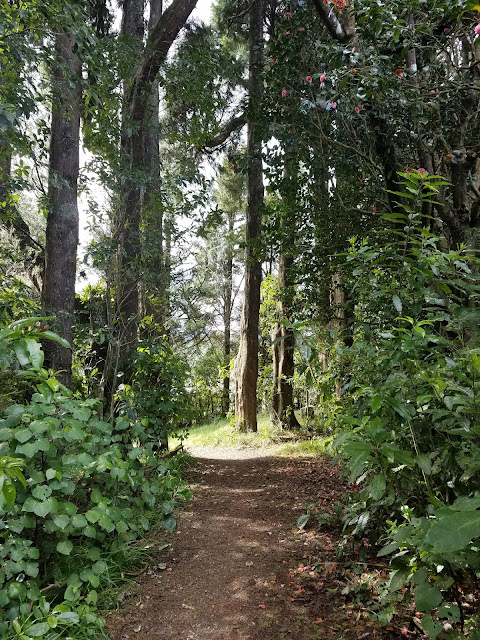 It was most enjoyable wandering around looking, and, judging by the amount of picnic tables available, I am thinking it must be a popular place to visit in summer.

I was amazed at the birdlife here.  There were innumerable tuis, squabbling over the available flowers, along with bellbirds, Californian quail, pheasants, fantails, and all the usual garden birds.

Different places allow views out across the Waikato countryside.  This view was taken from one easily accessed viewing spot. 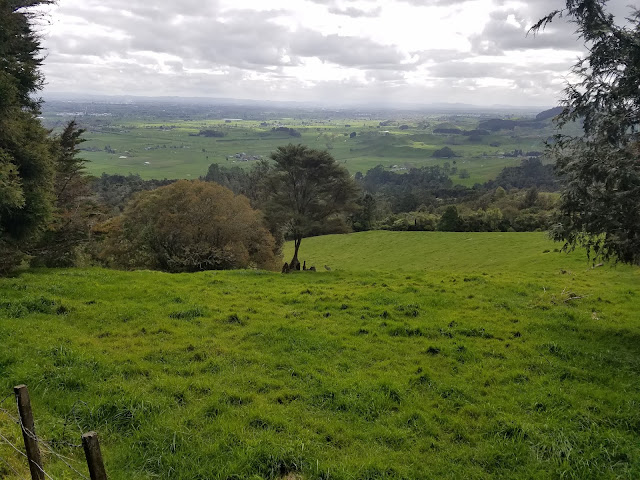 It would have to be over thirty years since I last visited this place, and it was marvellous to be able to see it all again.

Have an awesome weekend everyone 😊

Email ThisBlogThis!Share to TwitterShare to FacebookShare to Pinterest
Labels: places