I used to love going with my husband in the truck during maize silage time.  This harvest is in full swing at the moment, classed as essential work along with most other agricultural businesses.

The maize is harvested once the cobs are fully formed but are still ‘green.’  That is, the kernels are still at the milky stage and not dried as is needed when harvesting for grain. 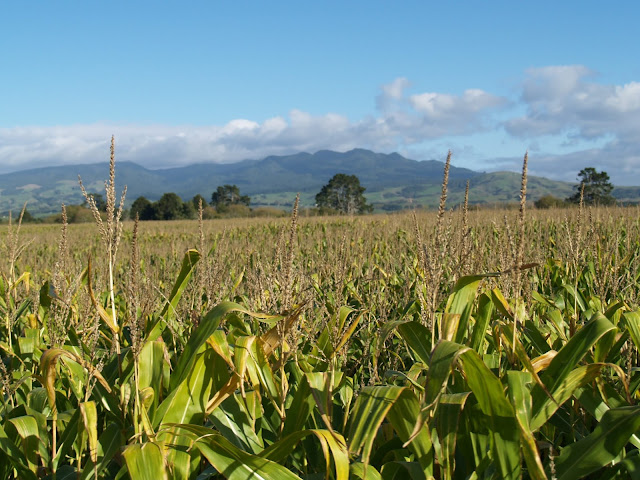 The harvester, known locally as The Chopper, would cut and chop the entire plant before sending it through the chute and onto a waiting truck. 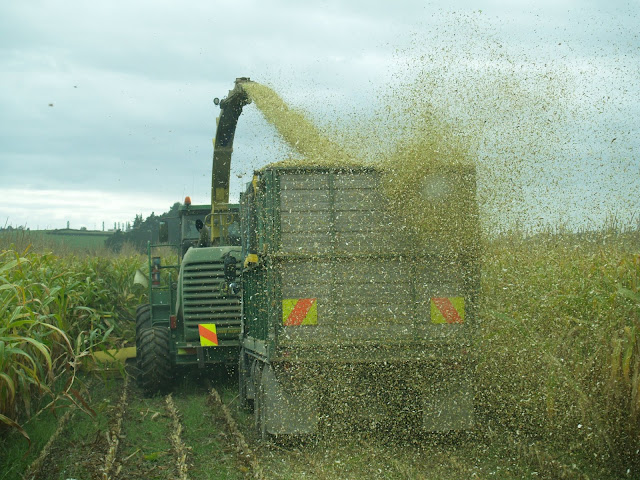 As one truck was filled, another would be waiting to take its place. 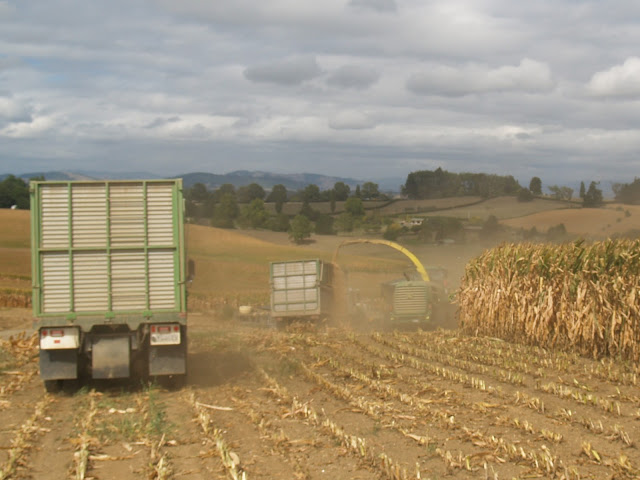 It was easy to see which part of the paddock had been harvested!  The pieces that were missed would be collected by the chopper on its last circuit of the paddock. 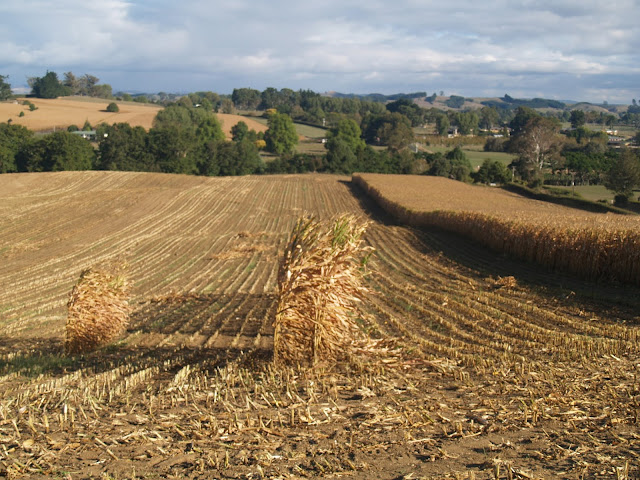 The truck would then carry its precious load (imagine the sweet smell of freshly chopped maize, I loved it) to where the stack was being built.  Sometimes this could be quite a distance away, as usually the person growing the crop and the person buying it would be different people. 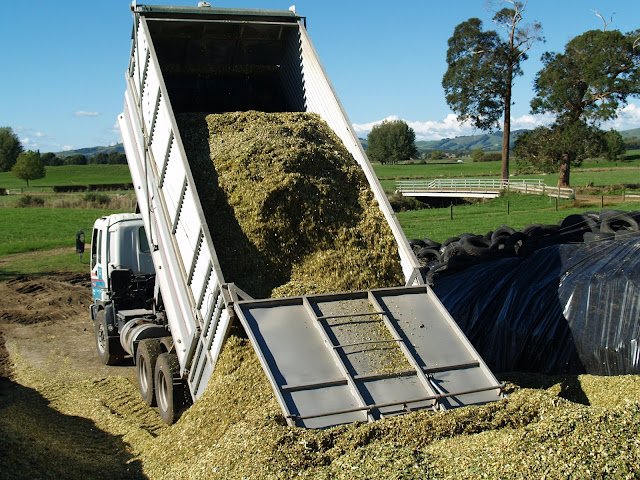 The Stack Tractor is responsible for shaping the silage stack and compressing it down firmly. 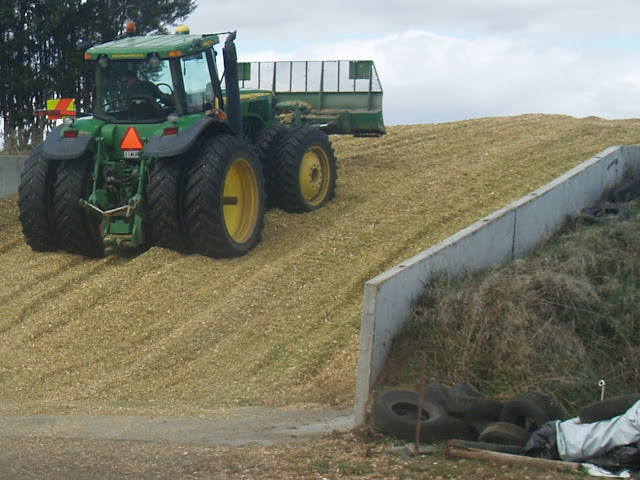 Once completed, the stack would be covered with polythene and weighted down with old tyres.  After a couple of months it will be ready to use as supplementary winter feed for cattle. 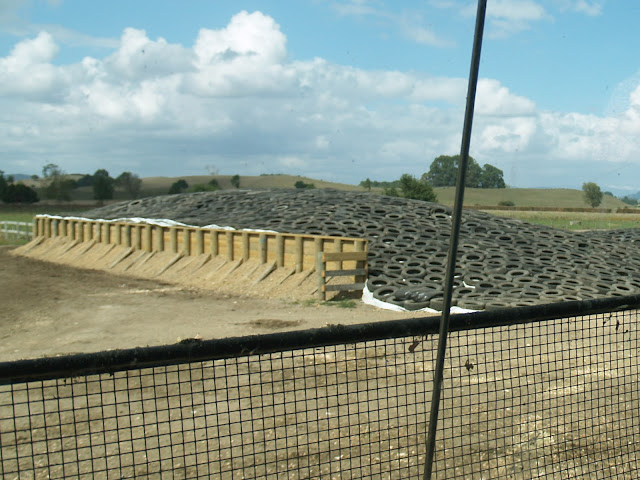 Farm life is a great way to stay tuned into the different seasons of the year, as is caring for a garden.  Each season has its own work and its own beauty.

Let’s appreciate every day for what it brings,
Margaret.