It looks like we are having a week of hot weather, with temperatures up in the late 20s Celsius.  It is perfect weather for eating watermelon!

I’m really fussy about pips and I remove each one before I eat.  Hubby used to stand out on the lawn and spit his pips over into the paddock, and I have a friend who crunches away on every seed (which annoys me no end!). 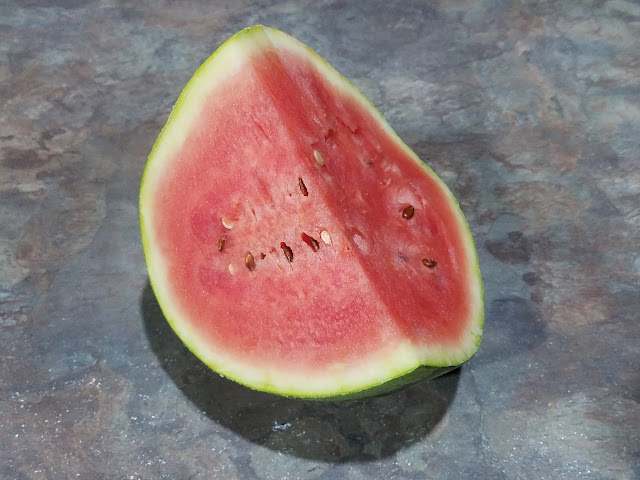 Tonight I watched my currently favourite TV programme again – Modern Dinosaurs.  This week they were looking at gigantism (with a lot of talk about evolution, which I don’t really believe in).

On Little Barrier Island we saw snails as big as a man’s fist – cruel creatures which devour live earthworms by grinding them down as they slowly swallow them whole. 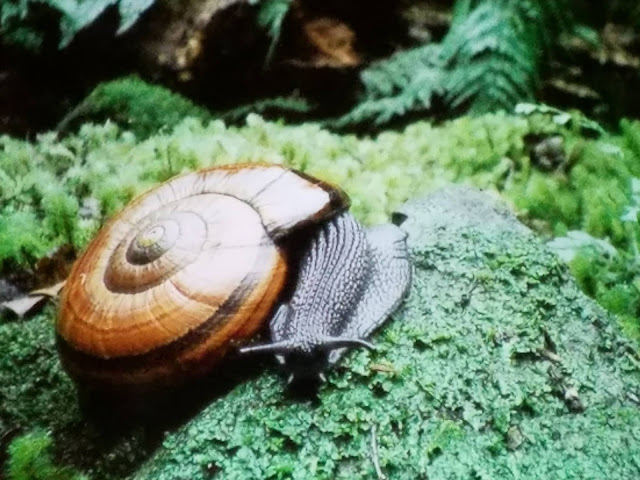 We also looked at giant wetas known as wetapunga by Maori, meaning God Of The Ugly Ones.  This huge insect (a female can weigh more than a sparrow) may look fierce but it is actually very gentle.

Originally, they were widespread throughout the mainland, but man’s arrival 800 years ago introduced rats and now they are only found on protected islands. 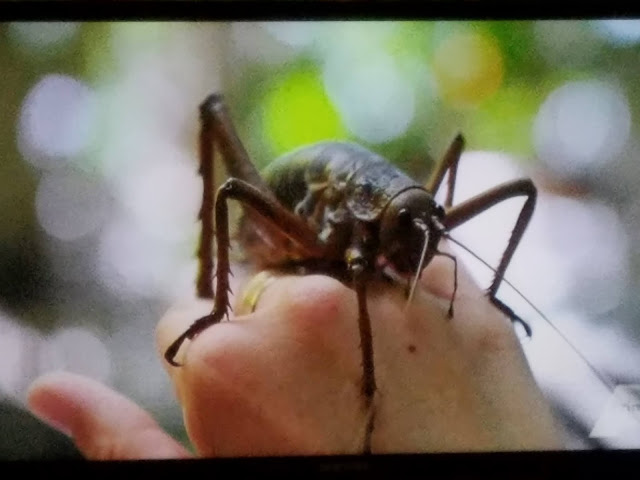 Throughout New Zealand’s waterways are found long-fin freshwater eels.  These nocturnal-feeding fish are believed to be the largest fresh water fish in the world and have been known to grow to over 2 metres long (which takes about 200 years!).

When the time is right these fish will swim off for the tropics to breed, after which they will die. 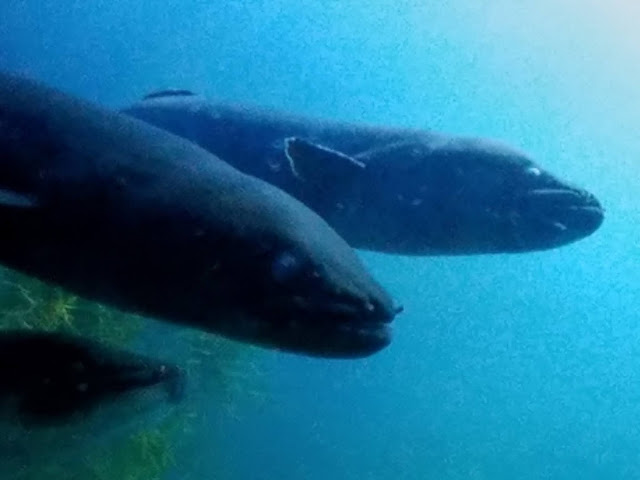 I may not ever see any of these creatures in real life, but I do enjoy watching documentaries about them.

Nature is certainly wonderful in all its aspects 😊

(Apart from the watermelon, photos were taken from the television programme mentioned above).

Email ThisBlogThis!Share to TwitterShare to FacebookShare to Pinterest
Labels: nature