A bit of cloud cover this morning meant that the temperature was more tolerable, so I took the opportunity of go for an early walk along the banks of the Waikato River.

I was not alone, as there were several others with the same idea – many of them exercising their pooches at the same time.

The path I took was accessed from the Ferry Wharf below Hamilton Gardens, and descended steeply to a small beach before meandering along the river beneath a shady canopy of mature trees. 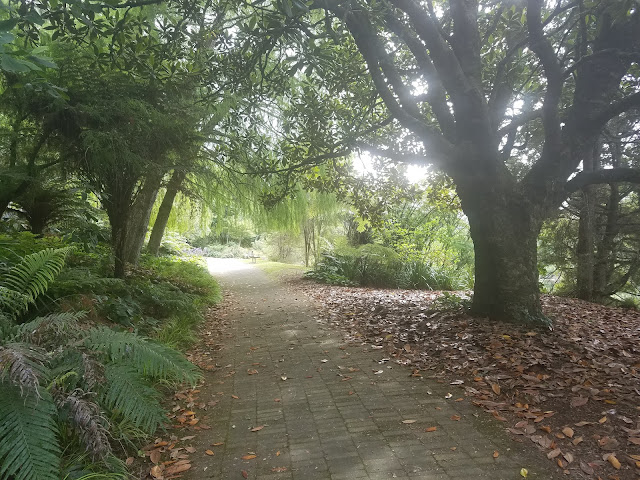 Eventually this pathway is planned to go for some distance, but there is currently a new bridge being built across the River so my lovely walk came to a sudden and definite halt.

I considered retracing my steps, but, instead, took the uphill climb towards the old Hamilton East cemetery which operated from the 1860s until 1957. 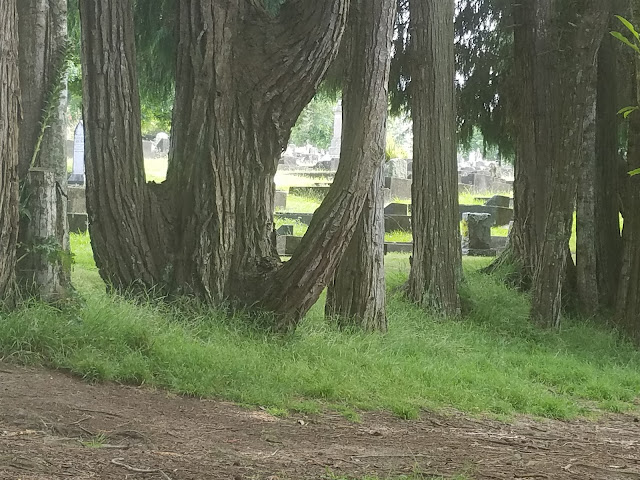 At one end of the cemetery there is an outdoor consecrated area that has been set aside for religious use, and a little further along there is a lookout point dedicated to John Mashlin, one of the founders of what is now Hamilton Gardens.

The view is back over the carpark, with the Gardens entrance on the right, and the River flowing behind the trees on the left side of the photo.  For some strange reason, I forgot to actually photograph the River! 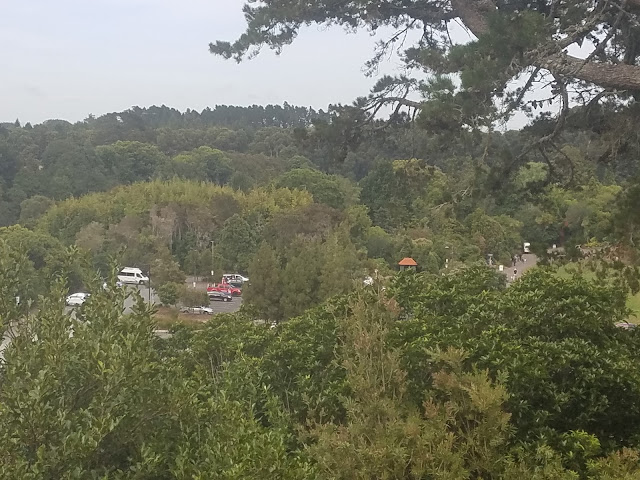 My walk took me 60 minutes in total, and I was glad I had arrived early.  By the time I was leaving there was a steady flow of traffic into the parking area and hoards of people heading off in all directions into various parts of the Gardens.

Email ThisBlogThis!Share to TwitterShare to FacebookShare to Pinterest
Labels: rambles