Kunekune (pronounced coo-nee coo-nee) are a rare New Zealand pig, becoming almost extinct in the 1970s before work was commenced to save the breed.  They were developed by Maori from pigs that were thought to have been introduced by whalers in the early 1800s, possibly originating from Asia, South America, and/or Polynesia.

The Maori named these short-legged short-snouted small pigs “kunekune”, meaning “fat and round” as that is their predominant feature – their love of food causes them to become quite rotund and they carry a very deep layer of fat (useful to Maori as it was used to preserve food). 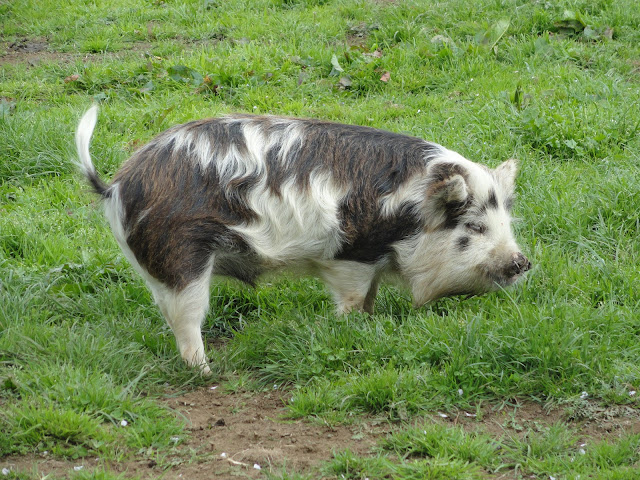 Coat colour and texture can vary considerably.  Colours can range from black, brown, golden or cream, sometimes with random patches of another colour.  Hair texture can range from short and silky to long coarse curls, and extensive hair loss is common during the summer months.

Kunekune are typically a very sociable placid pig and, although they are still occasionally used for meat, their prime use today is as a pet.  They are intelligent and affectionate, and I have even met one who was house trained! 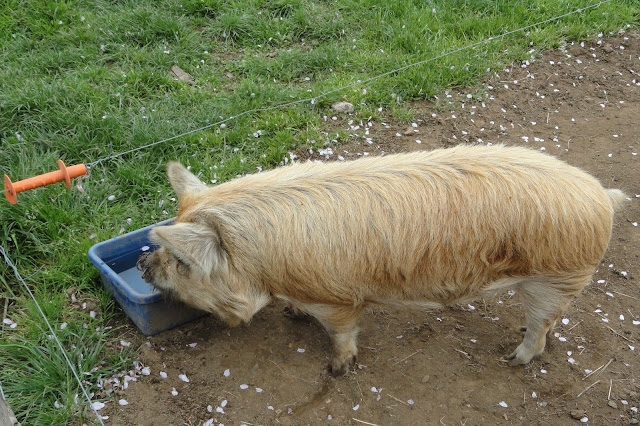 These two pigs pictured here belonged to my nephew, and were being kept as pets on their small holding.  I found them placid and friendly, and very amenable to a good back scratch 😊

LINKING UP WITH EILEEN AT Saturday's Critters

Email ThisBlogThis!Share to TwitterShare to FacebookShare to Pinterest
Labels: pets